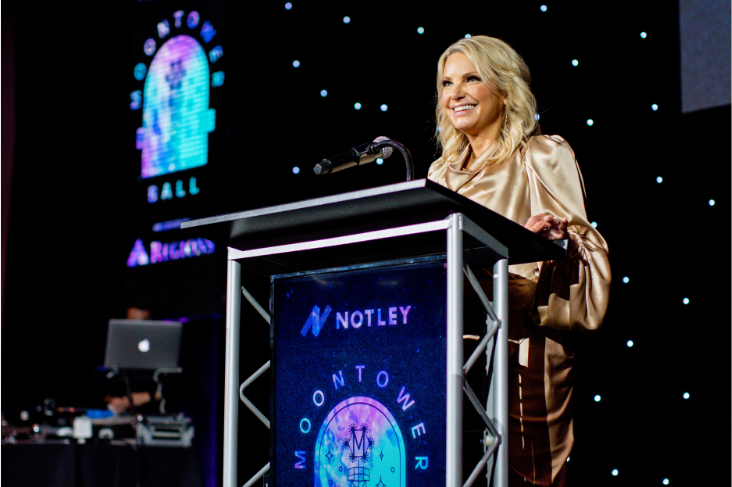 February 12, 2022 was an evening to remember! We gathered at the JW Marriott to host Moontower Ball, Notley’s inaugural gala event to celebrate social impact in Austin. The time had finally arrived to connect, to celebrate, and to award notable changemakers from across the city. 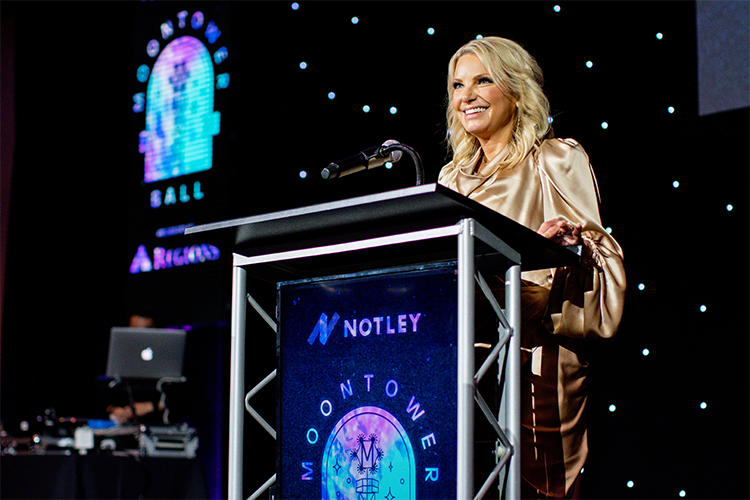 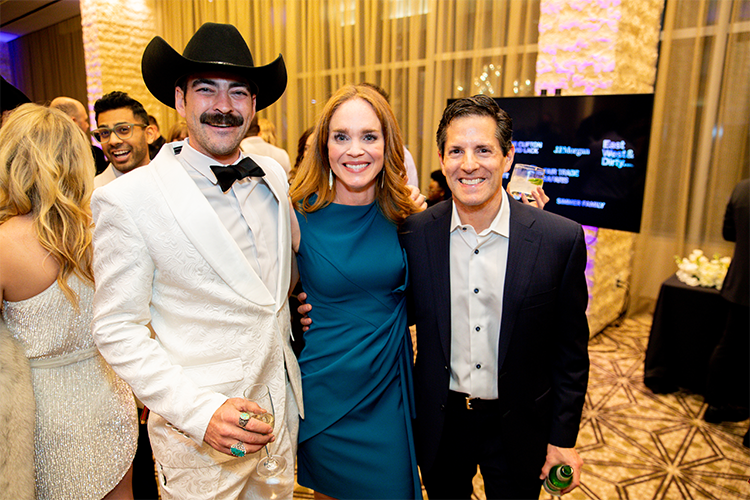 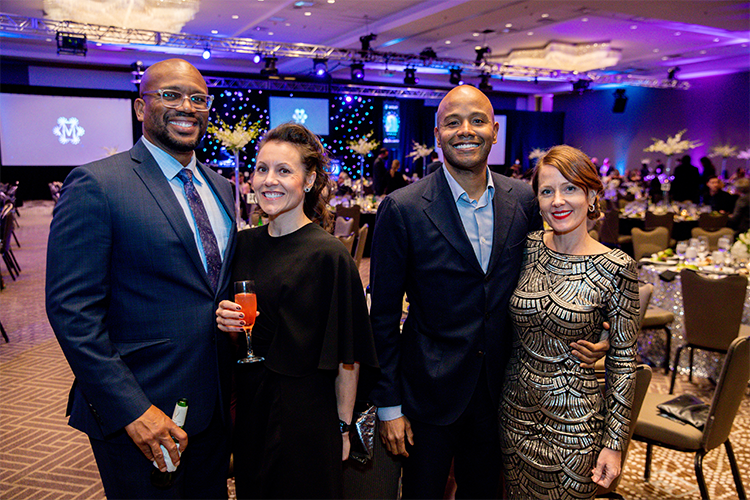 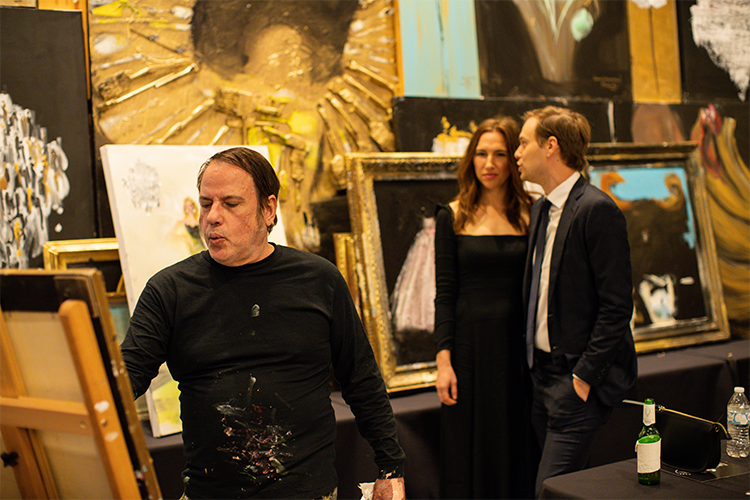 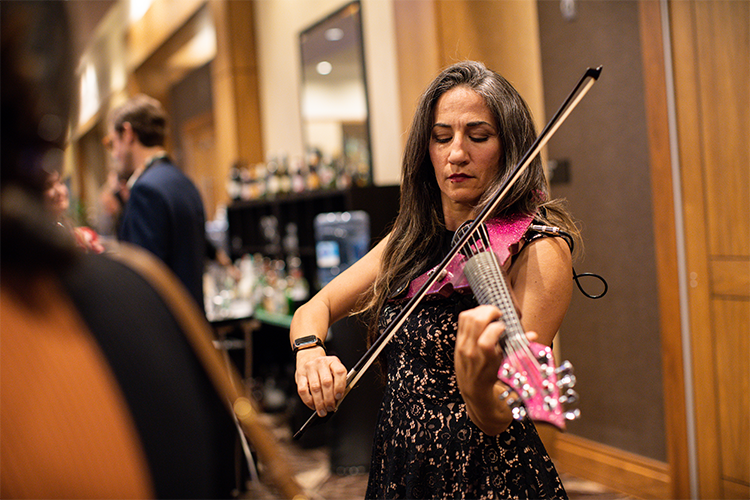 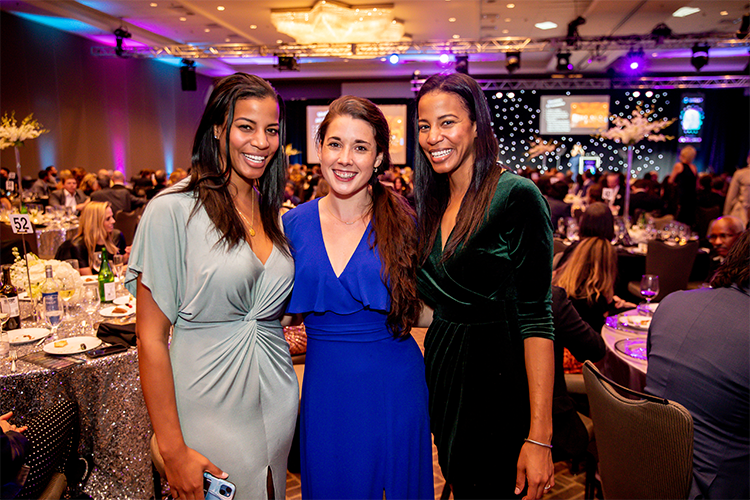 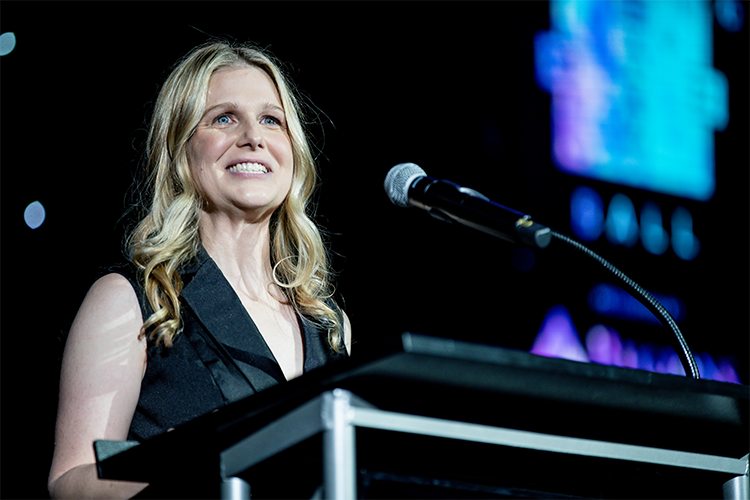 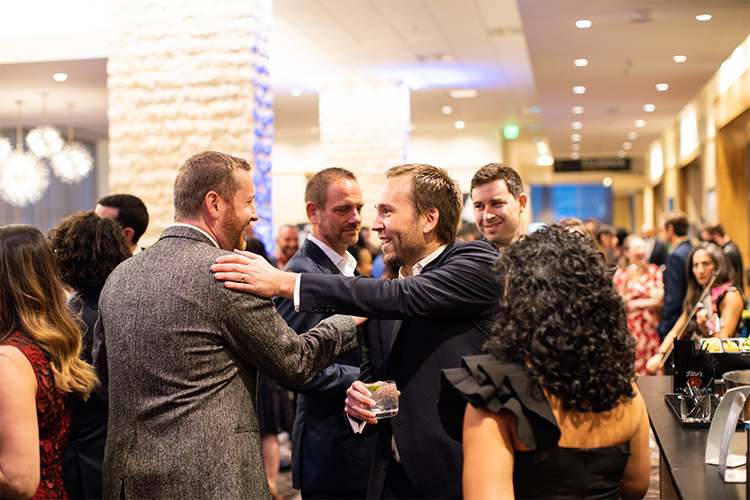 Being ushered into the ballroom and greeted by tunes from DJ Mel, notoriously recognized as “Obama’s DJ”, guests mingled until summoned to take a seat and direct their attention to the stage where the program was beginning.

Handing the podium to Mayor Steve Adler and Travis County Judge Andy Brown, both men shared a storied history of our city and how changemakers have helped to shape its past, present, and future. And without further ado, we were incredibly honored and humbled to present the inaugural 2022 Changemaker Awards to the following recipients: 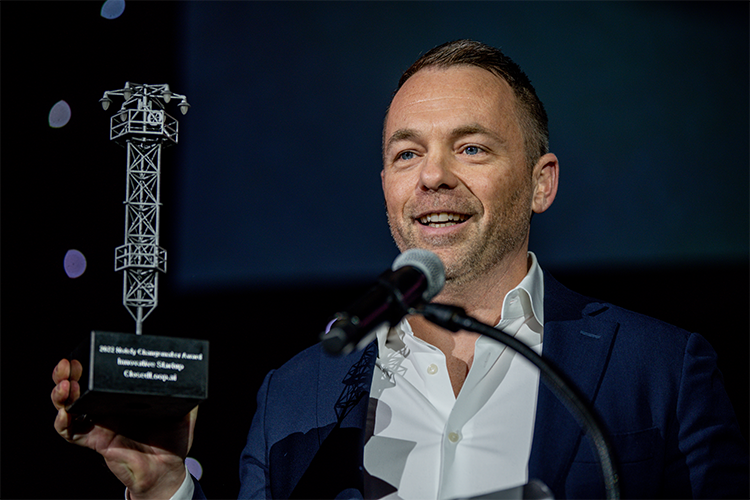 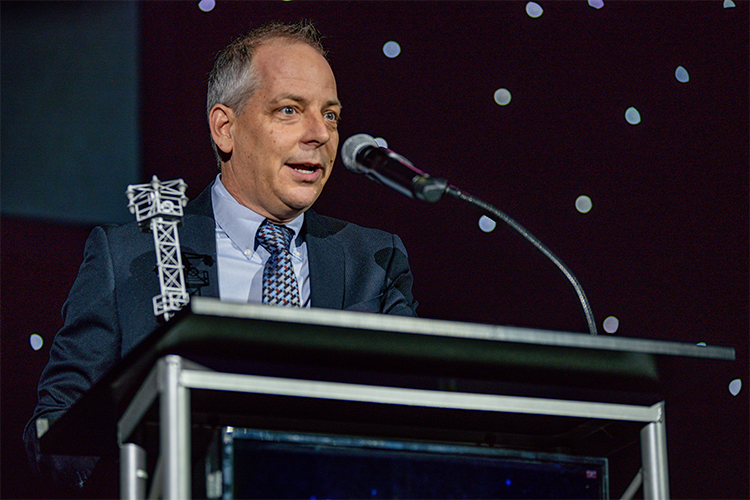 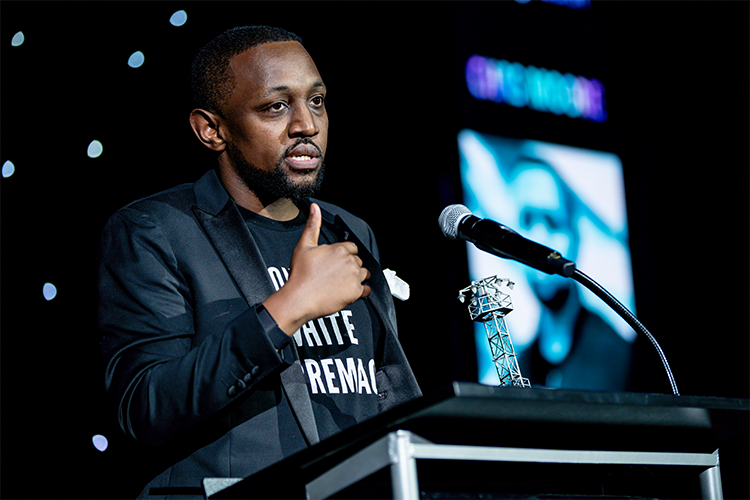 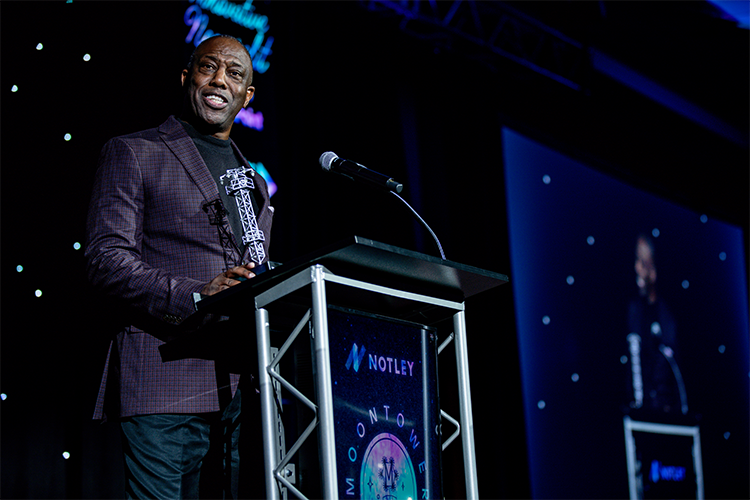 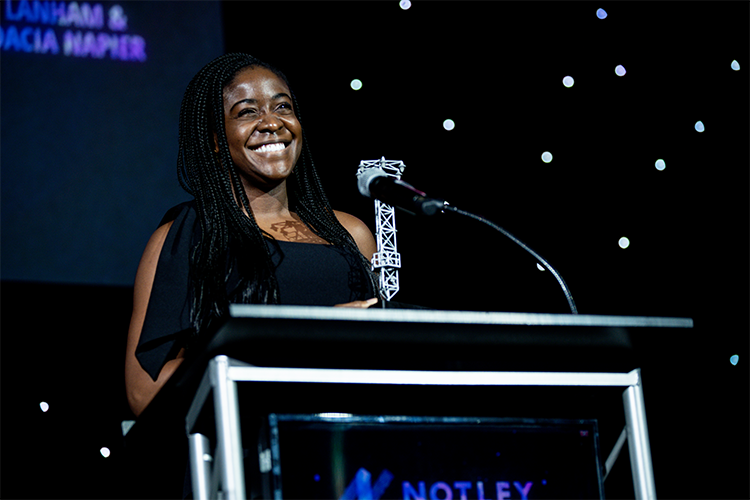 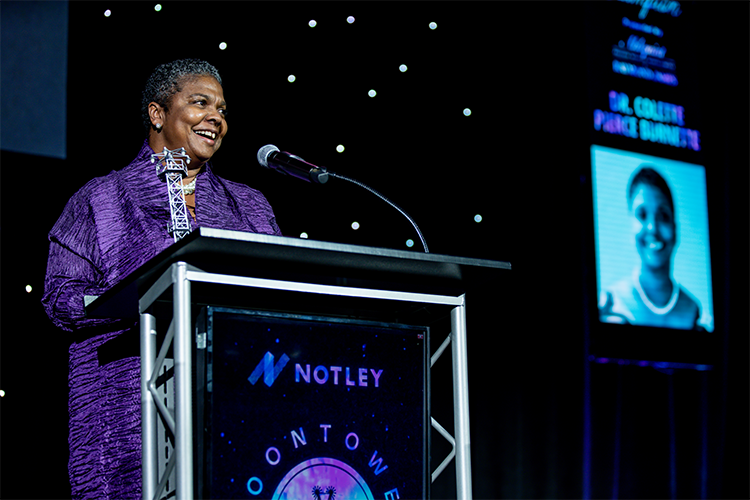 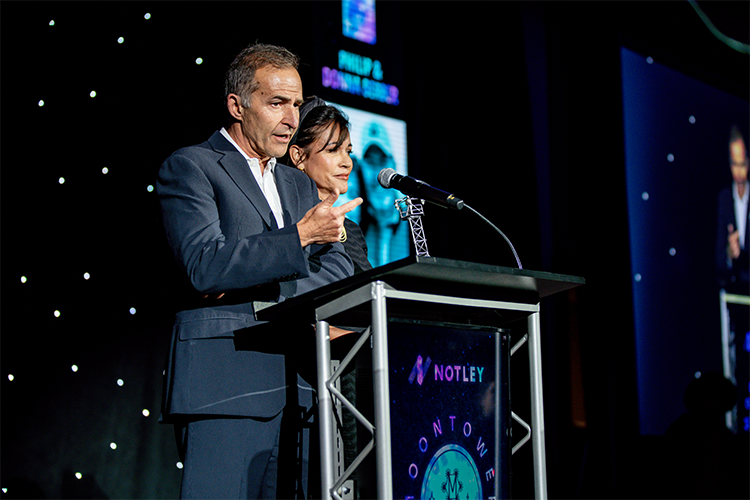 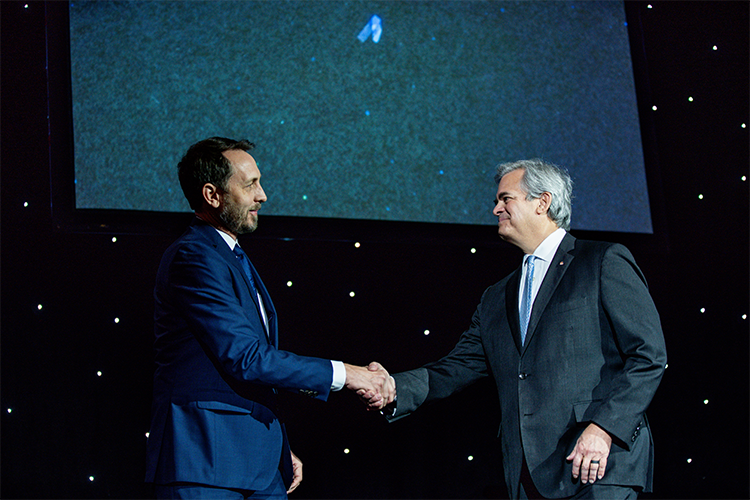 Rising Changemaker: Janice Omadeke
Founder and Executive Director of The Mentor Method, a software platform providing tools that increase opportunity, improve culture, and welcome diverse ideas to companies across the nation. Janice also became one of fewer than 100 Black women to have raised $1 million or more in venture capital in Q2 2021.

Providing programming and funding to BIPOC founders in a mission to generate socioeconomic equity through entrepreneurship. Founded in 2016, DivInc has supported 73 companies and is headquartered in Austin, TX, with a second location in Houston, TX, opened in Spring 2021. DivInc also recently received a $480,000 grant from JPMorgan Chase in Q1 2022.

Founder and Executive Director of Austin Justice Coalition, a community organization improving the quality of life for people of color by helping them be the driving force behind their own liberation. Chas was recently featured on the KUT podcast “Black Austin Matters”, discussing his passion for advocating for racial justice and police reform in Austin.

Advancing the state of home construction with 3D printing technology that enables more shelter for more people in a time when we need it most. ICON recently raised $185 million in Series C funding in Q1 2022, shortly following $200 million Series B funding in Q3 2021.

President and Chief Executive Officer of Huston-Tillotson University, Austin’s oldest institute of higher learning and the city’s only historically black college and university. She has been a powerhouse in community engagement – opening the Center for Entrepreneurship and Innovation right in our backyard at Springdale General, nurturing partnerships with Tesla & Apple, and serving as co-chair for the Mayor’s Task Force on Institutional Racism and Systemic Inequities, among many other accomplishments during her time in Austin. Dr. Colette Pierce Burnette was also recently named 2021 Austinite of the Year by the Austin Chamber.

Co-Founders of A Glimmer of Hope, investing $110 million and completing more than 10,000 projects impacting the lives of more than 5 million people in rural Ethiopia. Also, Glimmer | Austin has distributed over $8.8 million in grants to 210 different organizations in central Texas. As active board members, Philip and Donna’s vision continues to guide Glimmer to lift communities out of extreme poverty and offer the most vulnerable populations the resources they need to build a better future.

The night continued with a live auction hosted by the energetic TiWanna A. Kenney (“TK”) who sold eight packages and raised over $50,000 in support of Notley initiatives.

And to cap off an incredible evening, the Dazed and Confused themed after party, complete with a live band and retro roller skaters, was enough to keep the good vibes going all night long! 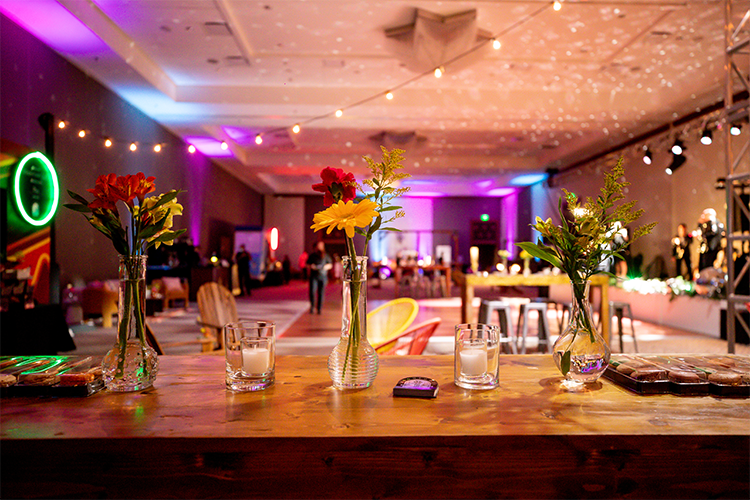 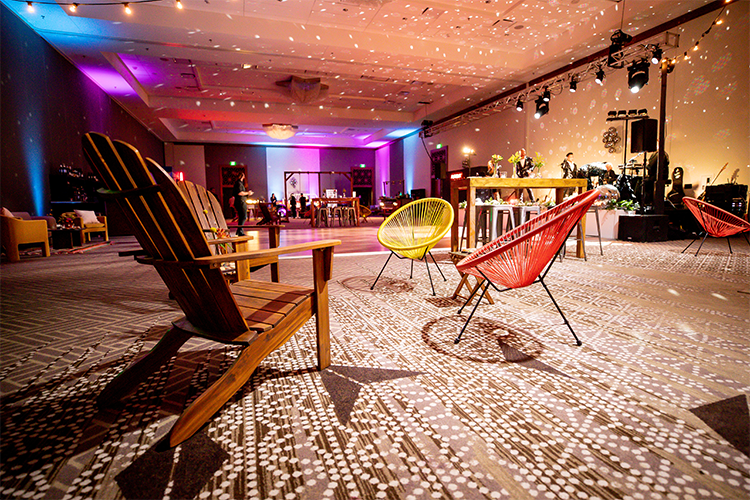 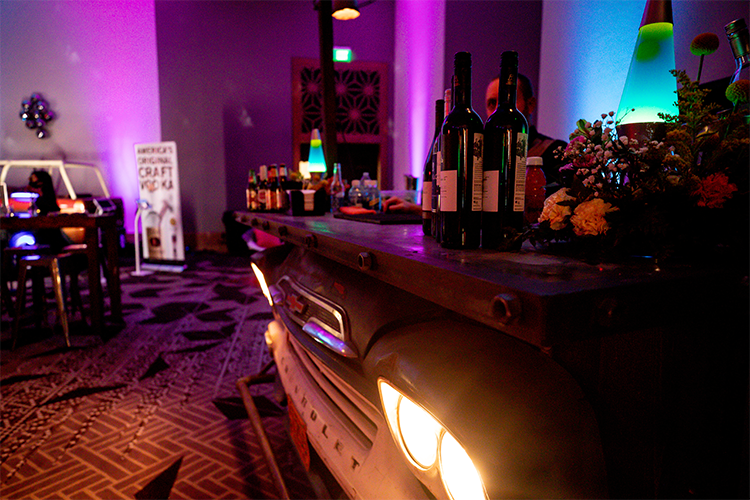 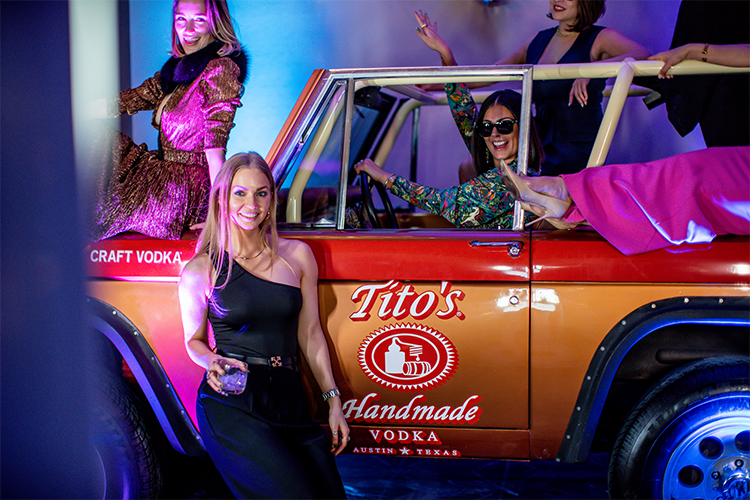 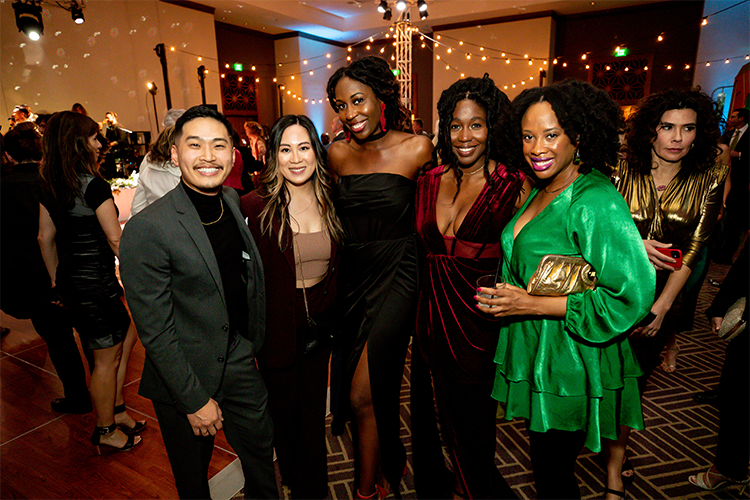 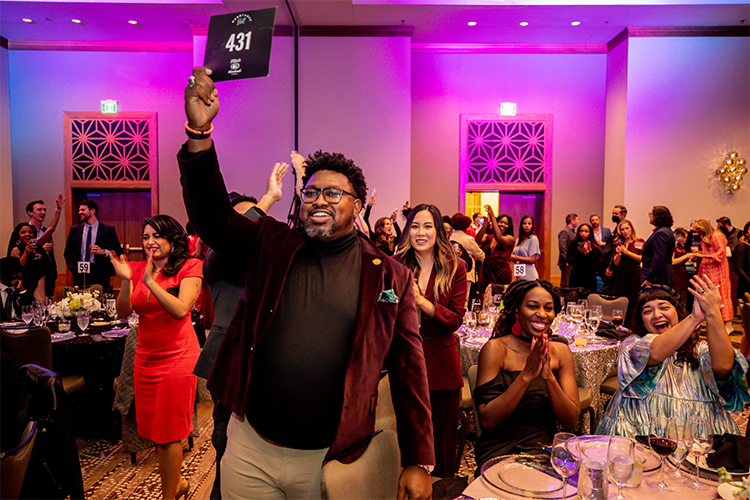 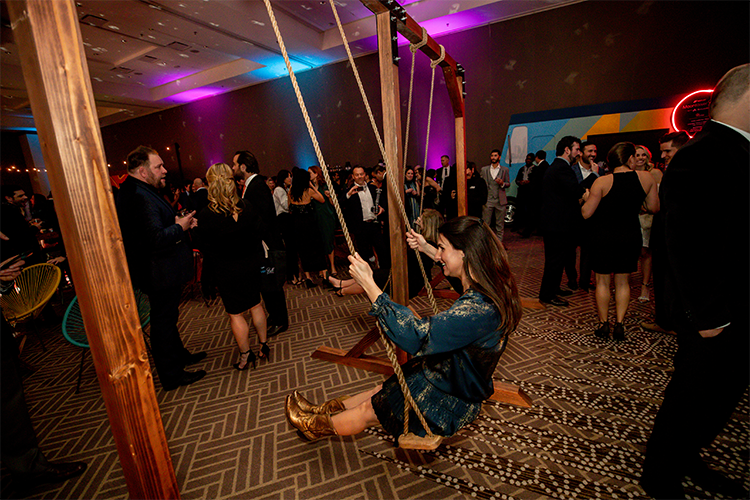 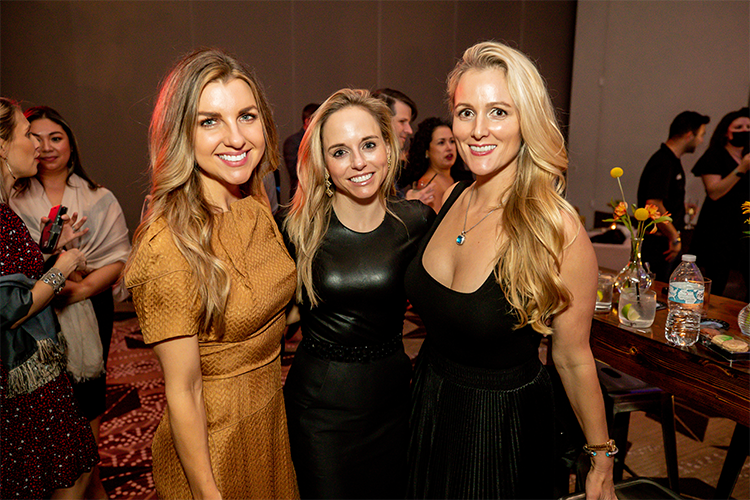 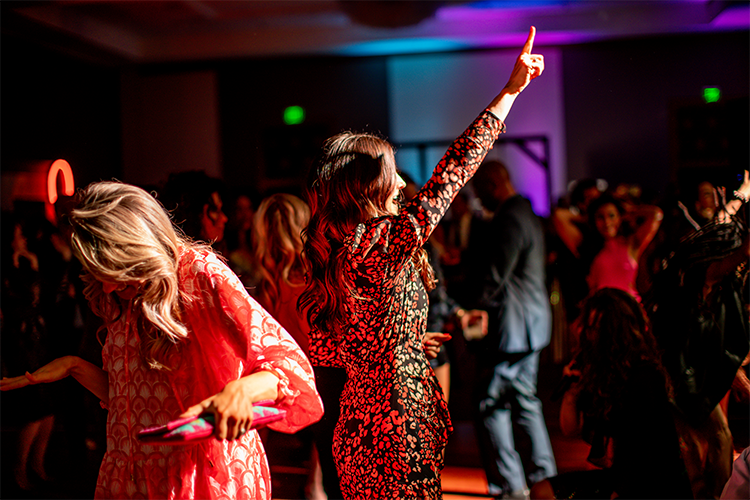 We thank each of our award recipients for their contributions to our community and we’re glad to play a small part in recognizing their efforts. And thank you to all who attended the Moontower Ball and helped us uplift these community leaders. With an event of this caliber, we’ve got a lot of people to thank for its success.

First, thank you to our sponsors for their invaluable support:

Special thanks to other coordinating members, the host and awards committees, event staff, and Mueller Scott. 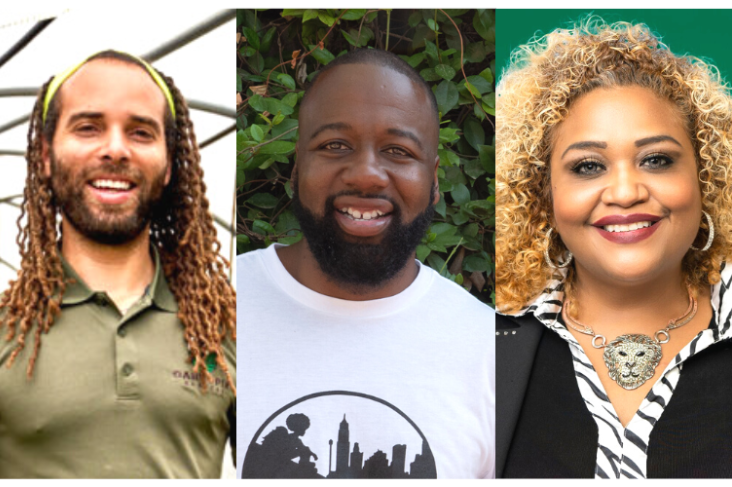 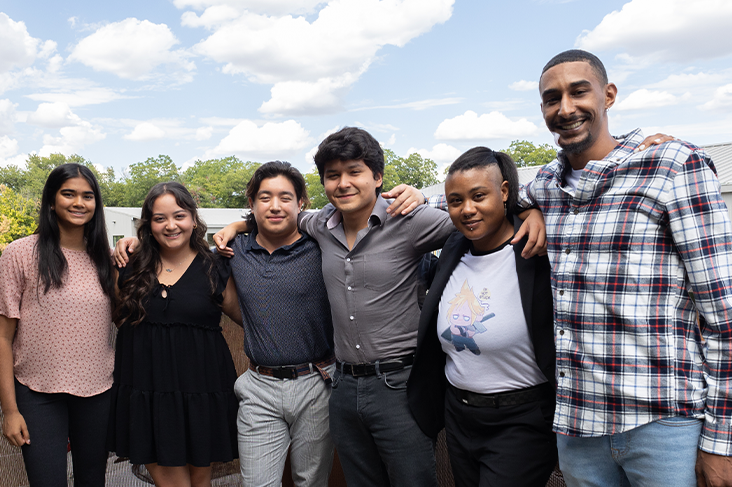 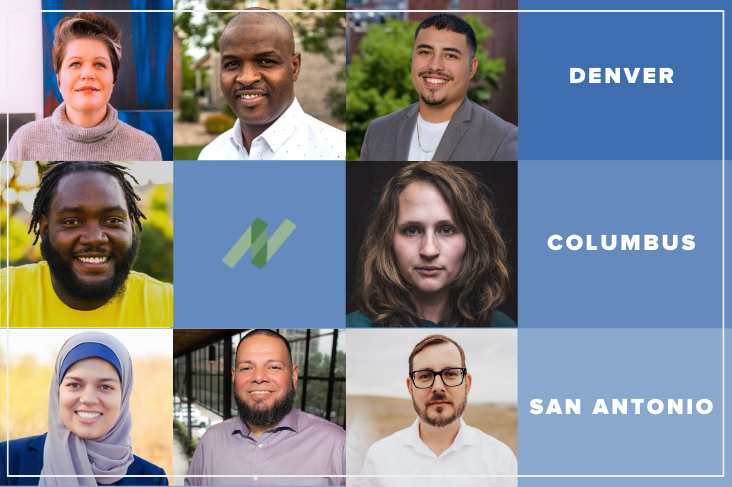 By providing your email, you are opting into our newsletter to keep you up-to-date on all things Notley.